There shall be a Tennis Committee, if the need arises to solve issues, comprised of the appointed Tennis Chairperson, who is a member of the Board of Directors, and a committee of selected members – made up of current captains and past tennis chairs.

A “team” is defined as one or more individuals engaging in officially sanctioned league play such as ALTA or USTA. Flex Leagues are defined as T2 or Ultimate Tennis or any other flex league.

·         Only tennis players, who are playing tennis, are allowed on the courts.

·         If a “team match” is in play, the match needs to be completed prior to the court being taken over by another reservation.

·         Reasonable tennis attire and conduct must be maintained. Anyone on the tennis courts must wear a shirt.

·         Sign-ups may be for a maximum of a 2 hour period, shall be on the hour and half-hour basis, except for “team” play. Individual sign-ups may be made two weeks prior to date of play. The Tennis Chairperson has the authority to book courts farther out for longer periods of time for ALTA and USTA “team” practices and match play.

·         It is requested that all court time reservations be released if not using. This is only fair to the other members.

·         Members are responsible to clean up around courts upon completion of play – used tennis balls and cans, water bottles, etc. should be placed in the proper containers. A recycling container for aluminum, plastic (including tennis ball cans) and glass is located in the pavilion. Check the area for towels, clothing, etc. left on the courts.

·         No smoking is allowed anywhere on the Winding Vista property at any time by members or their guests.

Guests are welcome. They should abide by the Rules and be under the control of the Club member. One player on each court must be a Club member. A Club member is defined as a family member living fulltime within the paid current member’s home.

•  Instructions for Reserving a Court:

·         In the event that an “official match” has not finished during the allowable time, the completion of an ALTA/USTA or Flex League match will take precedence over other tennis sign ups. Therefore an official match will be allowed to be completed.

·         If players reserving the tennis courts are late by more than fifteen (15) minutes, their reservations may be forfeited and claimed by other players.

·         Adult team participation will be in accordance with the following:

·         The maximum number of authorized teams is four (4) men’s, four (4) women’s, four (4) mixed doubles, and six (6) youth per playing day. The formation of new teams may be initiated by a member of the Club and must be approved and supervised by the Tennis Committee.

·         The number of participants on each team will be determined on a seasonal basis.

·         The individual teams will present a recommended membership level to the  Tennis Committee for evaluation and approval. The Tennis Committee will then approve a level appropriate to existing circumstances. ALTA or USTA will make final decision on ”level of play.”

·         If an existing team cannot acquire enough members to participate in ALTA/USTA league play, the team will be dissolved. The remaining members of such a team will notify the Tennis Committee as to their desire to continue tennis team participation. The names of those electing to continue will be placed on the list with new applicants and existing members who wish to make a team change and will re-enter team play by assignment of the Tennis Committee. If a team cannot fill up their seasonal roster, they may invite a non-member player to attend team practices and play matches. This seasonal tennis team guest membership is available for $50 per person, per tennis season (up to $200 per year). The person must reside outside of the membership area and must be sponsored by a member. There will be a maximum of four (4) such persons per team. Team captains will submit an application for a non-member team player, along with the $50 payment, to the Tennis Chairman prior to the start of the season. This player will not be eligible to play until this payment is made.

·         Team captains / co-captains have the responsibility to control their teams’ activities – scheduling practices, matches, court sign up, line ups, socials, etc. All team members should be given an opportunity to play during the season.   Non-members who are on a roster may not be a captain of a team.

·         Use of the courts for practice and match play will be as follows: Teams will be provided two courts for a maximum of (2) hours each week for practice. Practice can start (3) weeks prior to the beginning of a season. Priority for practice times and court assignments will be given to each team according to their prior season’s assignment.

·         For match play, each team will be allowed reservations for two (2) courts for five (5) hours each. A team may sign up for a third court ONLY (3) days prior to the scheduled match, it may not be made prior to this time in an individual’s name. This is for regular season and playoff home matches and rescheduled matches. Flex League matches will be allowed a court reservation for (2) hours – Sign up on reservemycourt.com must include first and last name, flex league and date.

·         In the event of a rainout of match play, reservations may be made for make-up matches.   These reservations will be made in the name(s) of the player(s) involved and will be for a two-hour time period. Such reservations should be noted on reservemycourt.com as “ALTA/USTA Make-Up Match.”

·         In the event of rainout of practice, regular court sign-up rules must be followed.

·         In the event that a match has not finished during the allowable time, the completion of an ALTA/USTA or Flex League match will take precedence over other tennis sign-ups.

·         Any disputes or questions concerning ALTA/USTA team tennis that cannot be resolved by the individual teams should be referred to the Tennis Chairperson for a binding decision.

Youth teams may be formed for each season under the overall supervision of the Tennis Committee. Participants must have knowledge of the game and a reasonable level of skill.

·         Youth teams may be formed for each season under the overall supervision of the Tennis Chairperson however a current and active adult member must act as the team manager/contact.

·         A notice will be sent to the entire membership informing them of the youth tennis teams.

·         The Tennis Chairperson and team manager/contact will form youth teams based upon age and ability.

·         Each youth team will be considered open for players until there are ten (10) children on it. Additional members may be added only at the discretion of the Tennis Committee. Players may be added after the ALTA/USTA rosters are submitted (in accordance with ALTA/USTA rules).

Whether you're planning for retirement, saving for college for children or grandchildren, or just trying to protect the financial future of the ones you care for the most, we can work together to develop specific strategies to help you achieve your goals. We can also monitor your progress to help make sure you stay on track or determine if any adjustments need to be made. Throughout it all, we're dedicated to providing you top-notch client service.

Hamilton Financial is a CPA firm and an investment advisory firm located in Snellville, GA.We specialize in accounting, tax planning, and tax return preparation for individuals and businesses. We serve our clients best by providing holistic financial advice by aligning tax planning with retirement and wealth management planning.

The dentist for many Viper families, Dr. David McNay and his team offer dental care for the whole family, plus restorative, emergency, and cosmetic dentistry services. As friendly as a Viper swim meet (but with far less yelling), Restoration Dental offers service with a small-town feel, in the heart of Brookhaven. 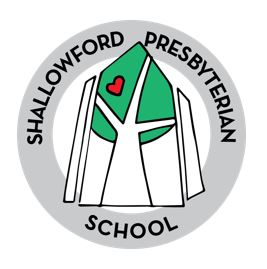 Shallowford Presbyterian School is proud to support the Winding Vista Vipers! Since 1964 SPS has served the families of the nearby community, believing that strong community bonds strengthen SPS and create an environment in which all children flourish. Shallowford offers classes for children from 15 months through grade school. Call us to request a tour today! 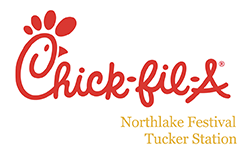 Are you a local business or service looking to sponsor our swim team?
Get recognized in our community by appearing on our website and apps!

GET IN TOUCH WITH US

RESERVE FROM OUR APP